About us - we have the experience

Our machines and parts are made in Sweden here at our factory (with some minor exceptions). We assure you that our products are of high quality and have been thoroughly tested.

It is very important to have skates properly maintained. This is where our expertize will help out. We have a close cooperation with leading skate blade producers, equipment managers and players. Our skate sharpeners and skate riveters are made for the skate sports, where you want to get the most out of your material and thus improve the sport performance. Sport performers around the world, from amateurs to the world elite, have their skates sharpened and riveted on our equipment. Our machines require low maintenance and are made for year after year use. They are easy to use while delivering great performance.

With our products you can do the final sharpening (hollow or flat) on all kind of skates, such as ice hockey, figure skating, bandy, short track, long track and long-distance. We also provide machines that shape the skate blade (contour/profile) to obtain specific radiuses or glide surfaces. Finally we have the riveting machine for skates, rollerblades, ski boots and orthotics. 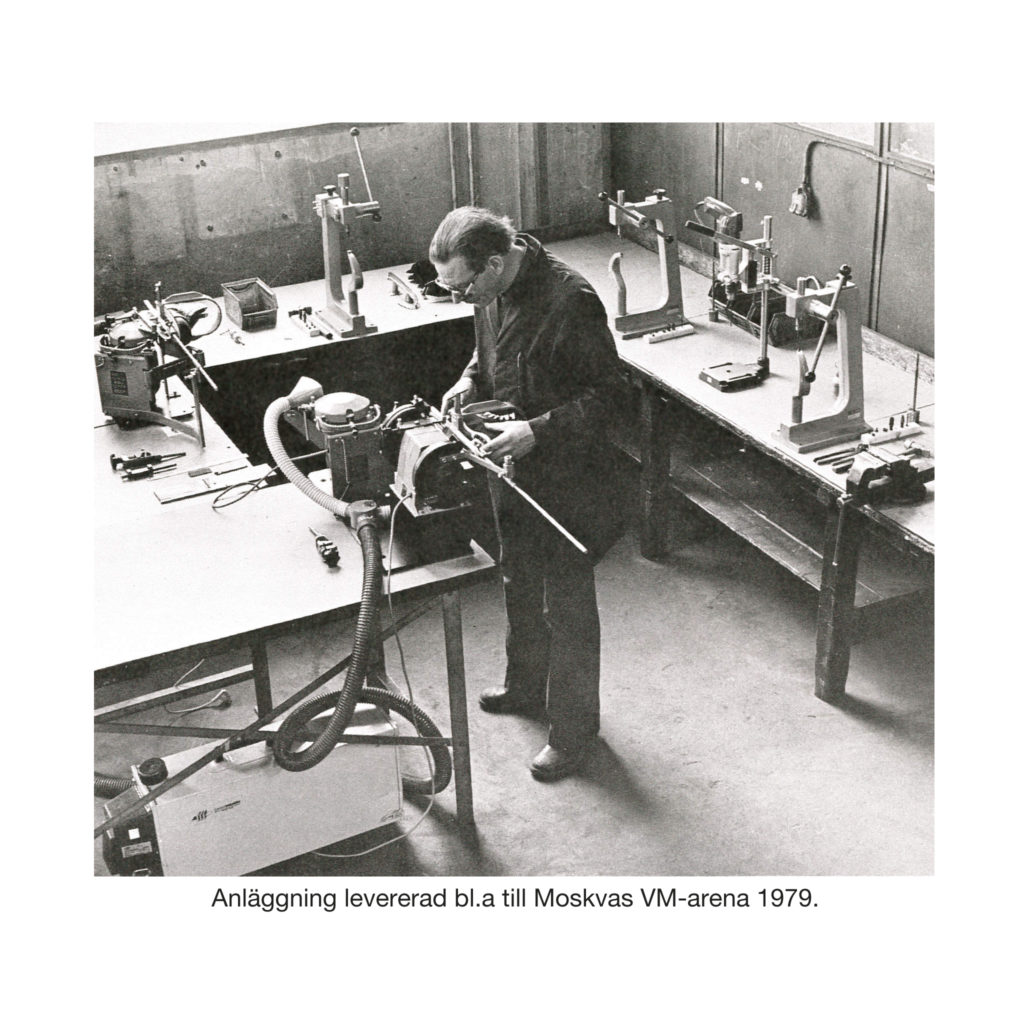 The skate sharpening machine SSM-2 has its origin in the late 60’s, when it was constructed by Rune Gustavsson, then at Osmund Fabriks AB in Uppsala, Sweden. He was, via Kurt Jäderström (also at Osmund), approached by representatives of a local ice hockey team who were unsatisfied with the skate sharpening equipment then available on the market. They wanted Gustavsson to make a brand new design.

The rest is history. Ten years later, in the early 80’s, Gustavsson and Jäderström left Osmund and formed their own company, SSM Produkt AB, for manufacturing and selling skate sharpening machines and riveting machines. The company, which has always been located in Uppsala, Sweden, currently employs seven persons, where a mayor part is from Gustavsson´s descendants.

Our product range has grown over the years. We now provide a complete solution for sharpening skates. Our products are sold all over the world, directly from SSM or through resellers.

Our machines were made primarily for teams, but the design and price range also made them popular among sports shops and parents.

Every year something new happens in the skate sharpening area that we have to adjust to, whether it is a new skate model that arrives which is difficult to sharpen or a new technique which we have to consider. We always strive to make our machines the best ones available.

So year after year we make minor modifications to our current product line to achieve near perfection. When using a machine from SSM, you should know that the design has undergone many years of testing.

A good thing to know is that we also make our new products and modifications compatible with older versions of our products. So if you need/want to replace a part on your machine, you can always install the latest version of that part. We also continue to update our product range with new products that are sought after. This is to maintain our position as one of the biggest brands worldwide in the market of skate sharpening machines.